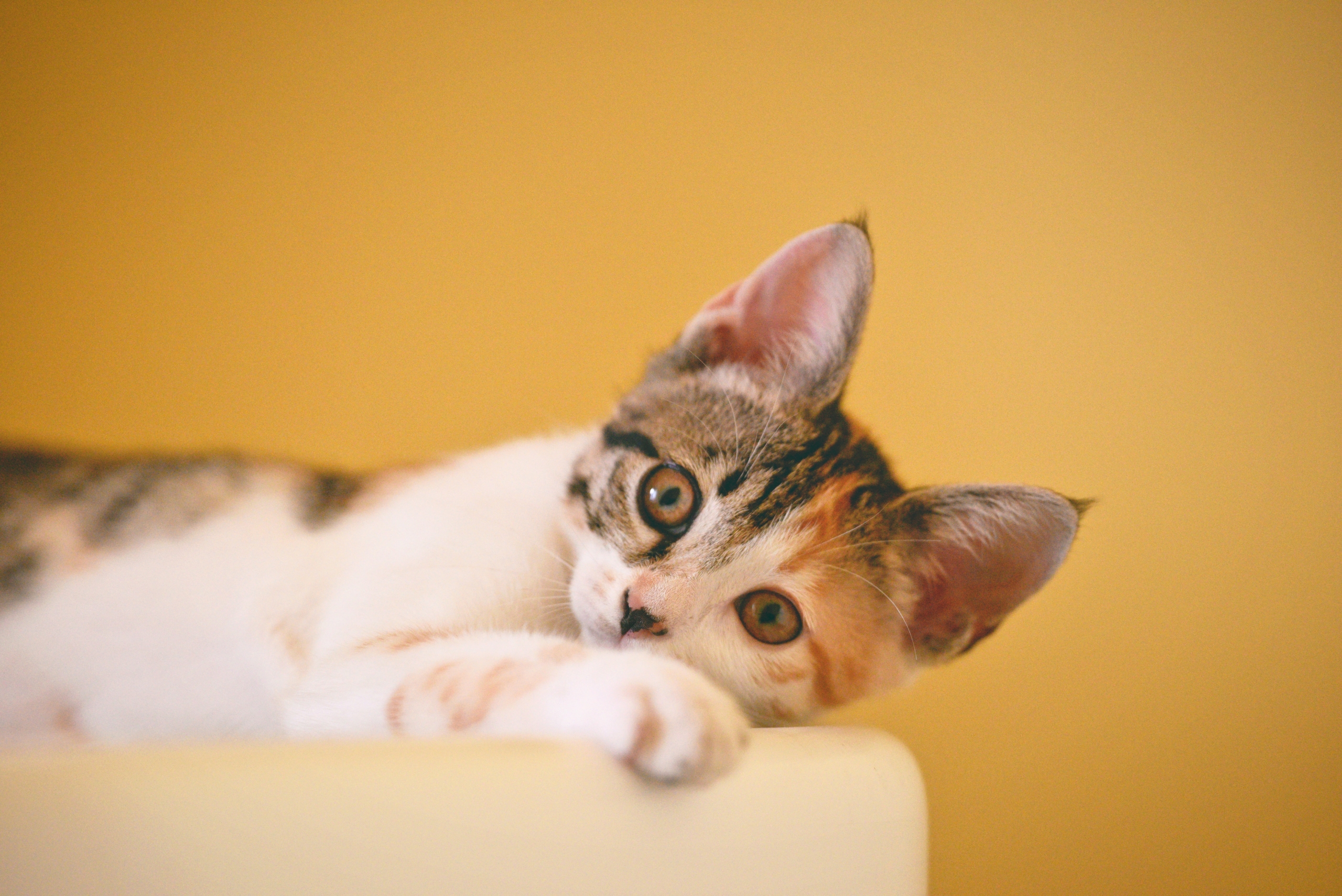 Why You Shouldn’t Give Your Cat Milk

Anyone who has grown up with the likes of Tom and Jerry playing in the background must be utterly confused by this title- how could milk, the apparent feline Hippocrene, be bad for cats? And we don’t blame you. Anyone would think the same after seeing Tom downing the occasional pint or two. While we can’t speak for the false dairy-fanatic stereotype created by entertainment culture, we can speak for the cats- so here’s everything you need to know before attempting to give your cat milk.

The Difference Between Normal Milk and Mother’s Milk

First of all, it must be understood that the milk that is harmful to cats is not their own mother’s milk, but the one manufactured for human consumption. In fact, the milk carried by its mother is the most beneficial milk it’ll ever have, as it’s packed with all the right nutrients for its growing body.

However, kittens will only drink from their mothers for a while, as they will begin to wean off of them as early as 4 weeks- meaning that they will gradually transition from dependency on their mother’s milk to consuming solid foods. This happens around the time their teeth start coming in, and by 8-10 weeks old, it would have completely taken place.

Why can’t cats have milk?

During the time of weaning, your kitten’s body will undergo several changes, and one of the main ones will be their ability to digest milk- the reason for this being the fact that it is no longer necessary after it has completely moved on to solid foods.

Once milk is removed from your kitten’s diet, its body adapts and makes the necessary changes. The enzyme “Lactase”, which is what helps break down the lactose found in dairy products, gradually stops being produced by the body, thus making it difficult for cats to digest the sugar once again.

As the lactose can no longer be digested, it tends to sit in the intestines instead of passing into the bloodstream, causing it to ferment and lead to gastrointestinal issues. Some symptoms may include excessive gassiness, diarrhea, vomiting, loss of weight, change in appetite, abdominal pain and an overall change in behavior.

Apart from the symptoms of intolerance, cats may also begin to gain an excessive amount of weight and suffer with obesity- this being because of the high fat content found in milk.

Sometimes you may find yourself in a situation where your feline seems to NEED milk, so we’ve taken the liberty of breaking it down and telling you what you can do instead. 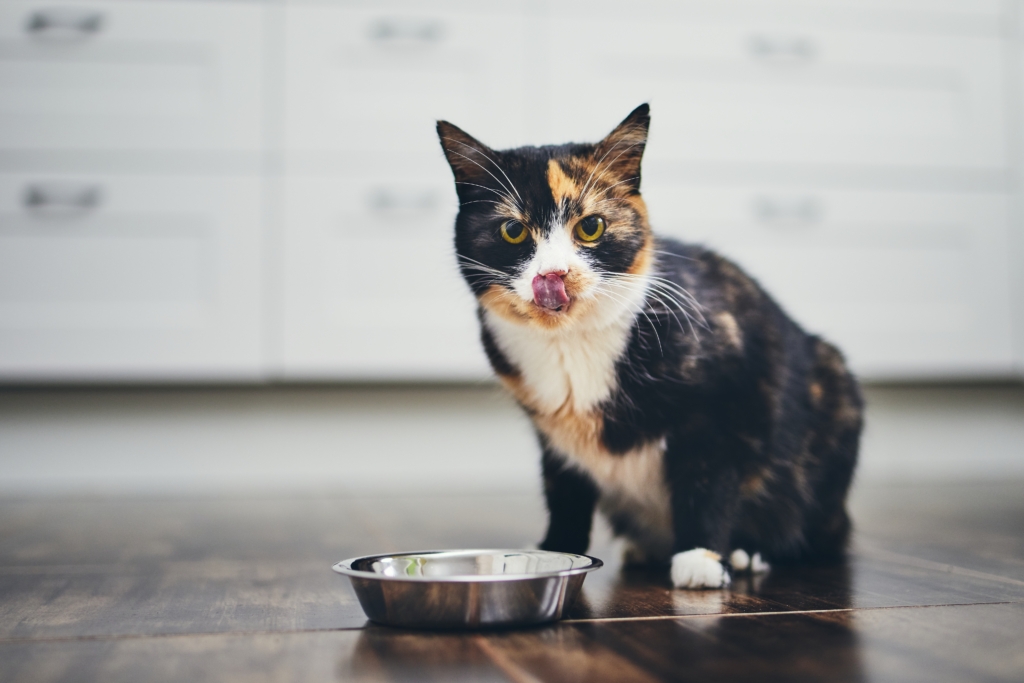 While milk may not be the best inclusion in your feline’s diet, that does not mean that they won’t want it. In fact, research shows that many cats tend to crave the taste and creamy texture of milk as it is connected to positive memories they may have had when they were younger.

Another reason for cats’ attraction to milk would be its fat content which, as aforementioned, is relatively high. Connecting back to their instincts from being wild cats, when presented with the rarity of a highly fattening meal, your cat will feel obliged to take it.

Yet, regardless of what their cravings tell them, milk made for human consumption does not carry the essential nutrients needed for their development, and nor will it help your feline in any way.

So while you may think that giving your cats milk is a harmless treat, it could actually lead to serious gastrointestinal complications.

Instead, try substituting it for some cat-safe creamy treats which incorporate milk into their ingredients.

This ensures that your cat still gets the same satisfaction without having to undergo the consequences.

Cats are somewhat notorious for not drinking enough water, and because of that- being dehydrated. Thus, many cat owners try to bring in milk as a water substitute for their seemingly unthirsty kitties. Considering the fact that cats like milk, this would seem like a good idea, but really, it’s not helping your cat in any way.

If you’re worried your cat’s not drinking enough water, try introducing wet foods into its diet. While cats that eat more dry food are likely to drink more water than those that don’t, introducing wet food ensures that your cat will at least be getting a certain amount of water each day.

While you may worry that removing dairy from your cat’s diet will lead to a calcium deficiency, there are always other substitutes. In fact, most commercially manufactured cat foods come with all the nutrients your cat would need, eliminating the need for you to add more.

This being said, extra calcium can be sourced by including more fish into your cat’s meal.

Perhaps you’ve taken a kitty off the streets, or its mother is just unable to provide it with sufficient food- if it’s under 10 weeks old, it’s going to need milk. In this case, you should turn to your local vet and ask them to suggest a safe brand of formula milk that caters to kittens. Even in a desperate case like this, milk made for human consumption should not be provided, as it could prove to be detrimental.

Can cats have yogurt? 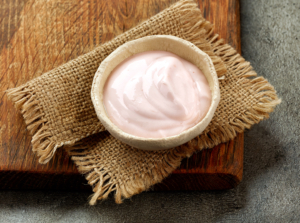 Yes, cats can have yogurt. In fact, giving your cat yogurt is known to have quite the opposite effect as other dairy products, and can settle issues like minor diarrhea with its high level of probiotics. This tasty treat also proves to be an ideal substitute for oral probiotics supplements, but come with a few extra calories and should, therefore, be given in moderation.

It’s recommended to give adult cats no more than one to two tablespoons of yogurt in a day, and a little less for kittens.

Can cats have almond milk? 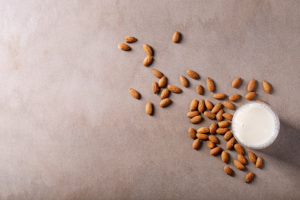 Yes, cats can have almond milk. As long as the almond milk is unsweetened and doesn’t use artificial ingredients, it’ll be fine for your cat’s consumption. However, you should always have a trial run before introducing it into your cat’s diet, as they could have a bad reaction.

Start with a few tablespoons of almond milk, and then keep an eye on your feline for any signs of bowel discomfort and indigestion. If they appear fine within the next two days, you can gradually increase the amount.

It’s recommended that this amount stays well below one cup of almond milk a day, as it may contribute negatively to your cat’s calory intake and lead to obesity.

Can cats have goat milk? 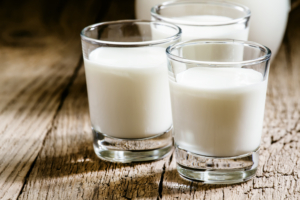 Yes, cats can have goats milk. There are a plethora of benefits that come with having your pets drink goats milk, ranging from its beneficial bacteria and antioxidants to being rich in vitamins, minerals and electrolytes.

Apart from that, it also has significantly less lactose than cow’s milk, and will, therefore, be easier for your cat to digest.

While it is not suggested that your cat consumes it, goat milk is by far the least harmful of all milk. Thus, if absolutely necessary and recommended by your veterinary practitioner, diluted goats milk may be given to your cat.

In conclusion, you’ve been lied to for years- cats and milk don’t go together like dogs and bones. While some types of milk aren’t harmful to cats, they are not a necessity, and your cat can get all it needs from its wet or dry food and water. However, we understand that you may not always want to give your cat something it needs, and instead give it something it wants- which is why we’ve taught you the safest ways to do it. 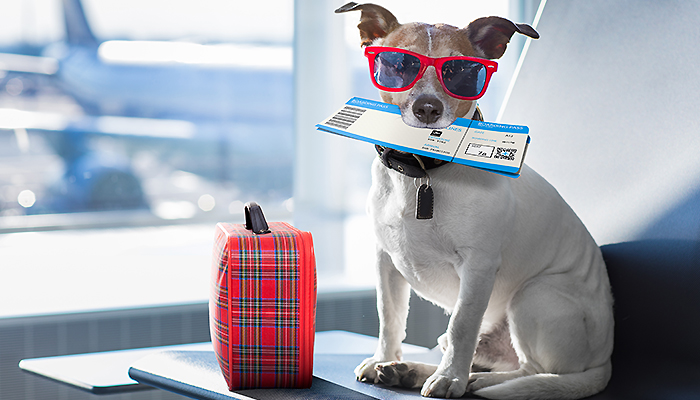 Flying with your Pet: Everything You Need To Know 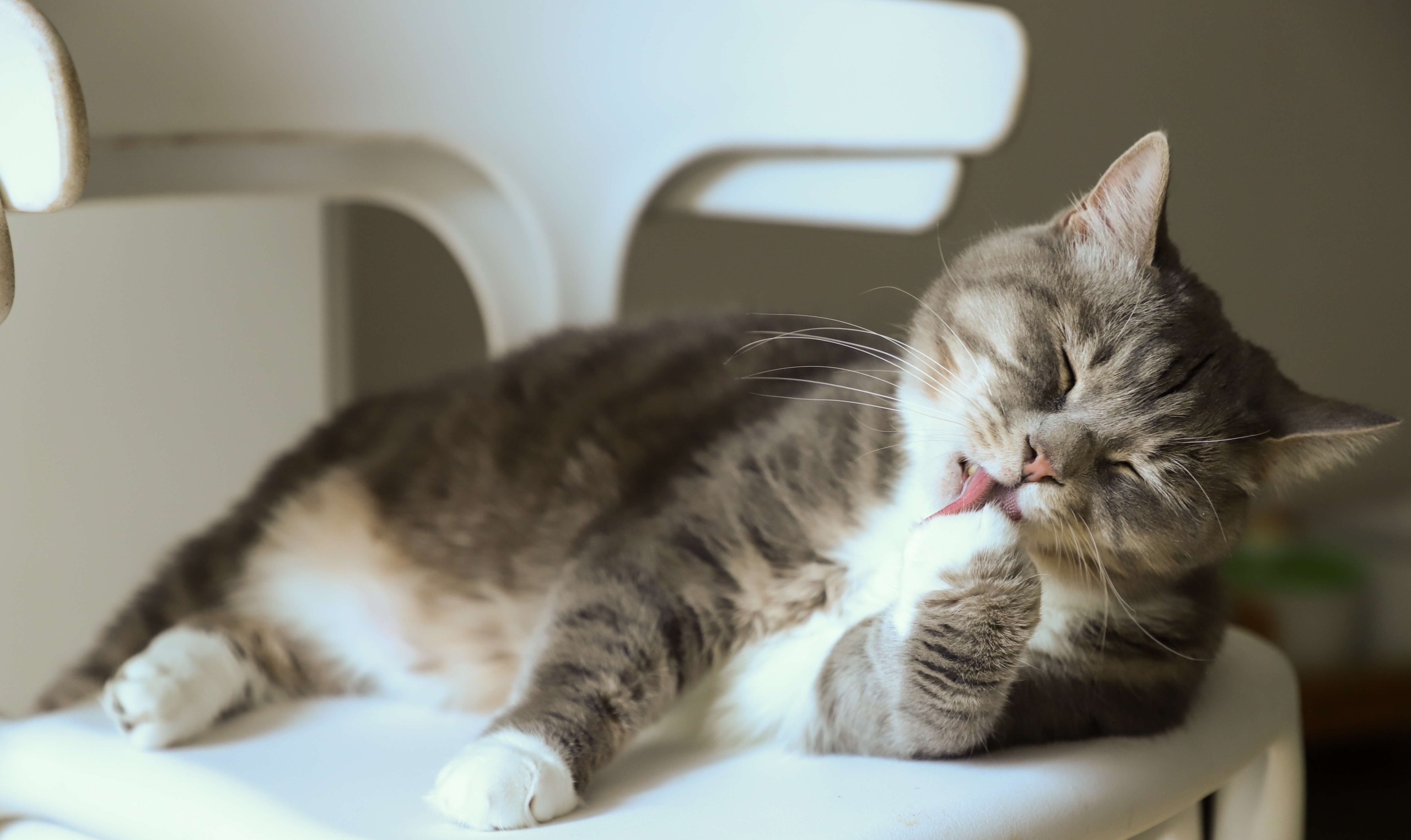 How to Clean Your Cat