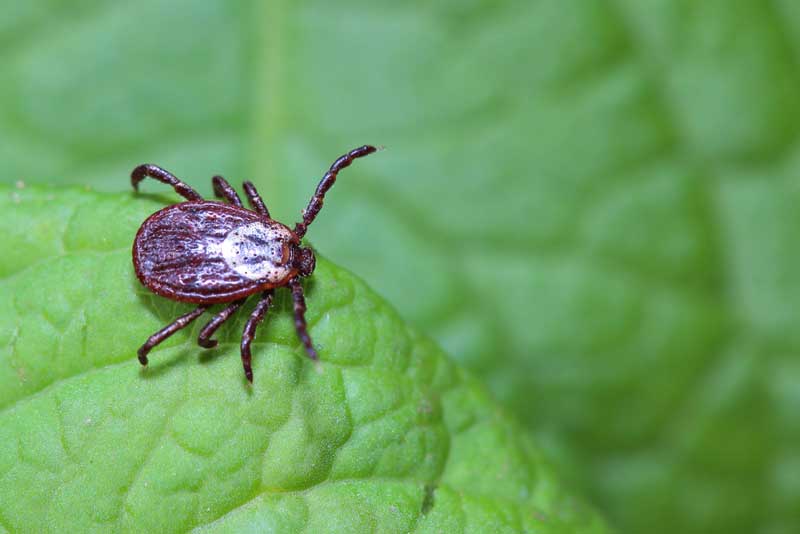 What is tick fever?

Tick fever is the general name given to a group of diseases that are all caused by a tick bite. But this is only a generalised term because there are many types of tick fever, all different from each other. It is however one of the most common dog diseases found in Sri Lanka. There are more than 5 types of tick fever seen in the country, but today we will only discuss the two most common ones.

The two types are known as Ehrlichiosis and Babesiosis and they are caused by the parasites Ehrlichia canis and Babesia gibsoni, respectively. As you will see, they are not at all the same but both will make your pet very sick. (Cats can also get tick fever but that’s another story).

So, let’s start with EHRLICHIOSIS.

Unfortunately, there is no sensitive (good) test available to detect E. canis in Sri Lanka. The most commonly used test is a blood smear. A small drop (< 0.1ml) of blood (out about 900 ml in a 10 kg dog) is examined under a microscope. If we find a parasite in this smear, your dog definitely has tick fever. The reasoning is that if even that one small drop of blood has a parasite, there are probably a lot more in your dog’s bloodstream. If the test is negative however, it just means that particular drop of blood does not show a parasite. Your dog could still have E. canis in his system (or not).

Therefore, diagnosis is never based on a single finding. We depend on a combination of less specific signs and tests. The classic signs include a reduced appetite, lethargy and a blood test that shows a reduced platelet count. Sometimes an increased temperature, enlarged spleen and lymph nodes can also be seen on examination by your vet. A negative blood smear is inconclusive, unless it is clear that these clinical signs are also absent.

Another type of testing is called “serology”. This tests for antibodies against the parasite. The problem is that the test won’t differentiate between a previous and current infection. If your dog has ever had tick fever in the past the test can be positive. That is, your dog may not be having E. canis at the time of testing but could still test positive. Also, in the early (acute) stage, or if for any reason your dog’s immune system is not activated and is not producing antibodies, the dog can test negative, even if he/she is infected. This is therefore not a useful test for us in Sri Lanka.

The best test is called a PCR test. A positive or negative result are both very accurate. The main disadvantages are that the results can take a few days and that it is currently not available in Sri Lanka. In any case, it is also very expensive.

Ehrlichiosis can appear in 3 forms or stages, called SUBCLINICAL, ACUTE and CHRONIC.

SUBCLINICAL means the pet is infected but the parasite hides in the spleen (*one of your dog’s organs that help with immunity). The dog can remain in this state for months to years and seem normal. However, a blood test may show some changes i.e. a decreased platelet count. This might only be a mild decrease. This subclinical state is very common in Sri Lanka.  Subclinical E. canis will become clinical and make your dog sick, when the dog is stressed.  When you go away for a long vacation and your pet is unhappy or stressed it can flare up. (Talk to us about how to minimise this risk.) If your pet gets any other illness, then tick fever can flare up and complicate both correct diagnosis and treatment. For example, the stress of a surgery can cause a flare up and make your pet sick, even if the surgery is done perfectly. This is why at PetVet, we always do a pre-surgery checkup that includes blood tests. We are looking, among other things, for a subclinical E.canis infection.

The ACUTE form occurs 1-3 weeks after the dog is bitten by a tick. This stage is often the easiest to diagnose as well as treat. The dog will seem tired, have a poor appetite and sometimes a fever.  The vet may also see an enlarged spleen or lymph nodes*. If your pet is treated on time, he can get rid of the parasite. If treatment is delayed however, it can progress to one of the other stages.

The CHRONIC form is the most serious. This is where your pet has been subclinical and then stressed so the disease is activated. Or the pet has an acute form which was not treated in time and then becomes chronic. At this stage the dog will show more serious signs. In addition to the usual signs of reduced/no appetite, extreme lethargy and often fever, they will also show pale gums and signs of bleeding due to reduced platelets (*cells that stop bleeding by causing a clot to form). Blood tests will show a significantly reduced platelet count and sometimes, anaemia and reduced white blood cell count. There can also be unusual complications such as limping, diarrhoea, bleeding into the eyes and neurological signs such as imbalance, seizures and paresis*.

Your pet will need intensive care, careful monitoring, lots of rest and patience on your part because this form takes a long time to cure.  If neglected, dogs can die from this disease.

BABESIOSIS or Babesia gibsoni infection, in dogs, is often more serious than E. canis. It is also more difficult to treat.  Babesiosis can also be seen as a subclinical, acute or chronic infection. The consequences of these forms are as explained for E. canis. SUBCLINICAL cases can be benign or flare up. ACUTE cases can be very serious and CHRONIC cases are usually serious.

This babesia parasite lives in the red blood cell and destroys them. As a result, it causes anaemia as its principle and most serious sign. This anaemia is the main difference from E.canis. Otherwise, similarly to E. canis, you will see reduced appetite, tiredness, enlarged spleen and lymph nodes, increased temperature and in some cases neurological signs.

This disease often requires a blood transfusion. This gives us and your pet the time to effectively deal with the illness.  Diagnosis is similar, with the primary test in Sri Lanka being the examination of a blood smear. Again, a blood smear test is diagnostic if positive but does not give any information if negative. In other words, it may be inconclusive if negative. Antibody tests as mentioned are not useful. There is a PCR test available and this is great to have but again, expensive.

Treatment is more complicated for babesiosis because the most commonly available and used drug can have bad side effects in your pet. In some dogs, this common drug BERENIL can damage the brain and cause seizures and death. While it effectively kills the parasite it also destroys the pet’s red blood cells in which the parasite lives. If this happens too quickly, the anaemia can get worse and the pet will die, unless an immediate transfusion is given. The gap between the required dose rate and the toxic dose rate of the drug is very small so it is very easy to overdose this drug. This results in serious neurological problems, including death. There are always individual variations on how the dog’s body processes the drug so even if you calculate the dose perfectly, it can sometimes result in a clinical overdose.

So you can understand why at PetVet we are reluctant to use this drug. These serious side effects are only seen in a few dogs. But to us, every pet is a special friend and we won’t take a chance. We use it as a last resort to save your pet’s life.

There are other safer treatments for babesiosis. These include a drug combination called Atovaquone/Azithromycin. Both these drugs MUST be given together for babesiosis. This works well in acute cases but not that well if chronic. The problem is that resistance to this drug combination can develop quickly if not used correctly or for long enough. It is also not available in Sri Lanka and is VERY expensive. At PetVet we do our best to procure it from abroad, as it is our drug of choice for Bebesiosis treatment.

For the CHRONIC form of the disease there is a combination of three drugs (doxycycline/clindamycin/metronidazole) that is reasonably effective but takes a long time (over 1.5 months) to work. They are however safe and all 3 have to be given together.

The best and simplest way to deal with any type of tick fever is by ensuring good tick control. This cannot be over-emphasised. Also, ticks do not infect each other. To harbour the infection, the tick must feed on an infected dog and get the parasite into its system. Then it bites and transmits the infection to another dog. If we all treat our dogs against ticks, it is possible that in the future tick fever will no longer exist. This is why, from your puppy’s first visit onward, we strongly advocate attention towards excellent tick prevention. There are many good and safe products currently available, SO PLEASE ASK US.

All types of tick fever can be prevented. At PetVet our focus is on wellness and keeping your dog healthy.  We are happiest if your pet stays well and only needs to visit us for cuddles and routine checkups.

* These are scientific terms. If you want to know more ask us. We will be happy to explain what these mean at your next visit. 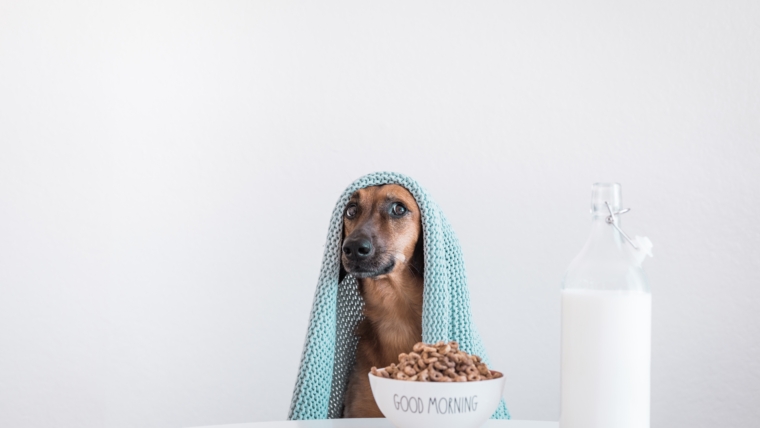 What You Should Feed Your Dog 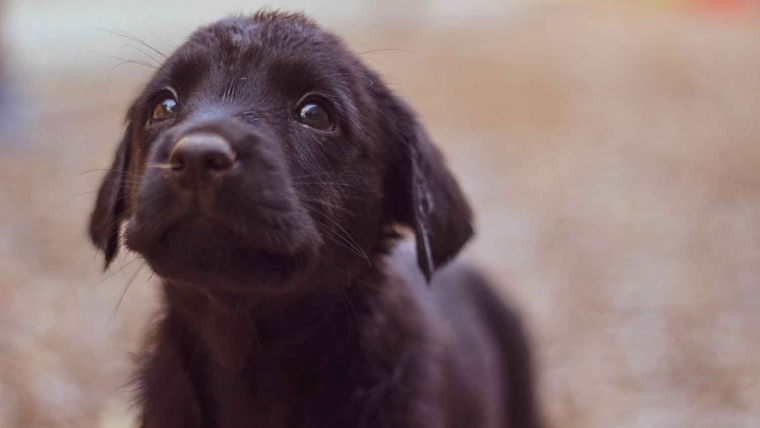