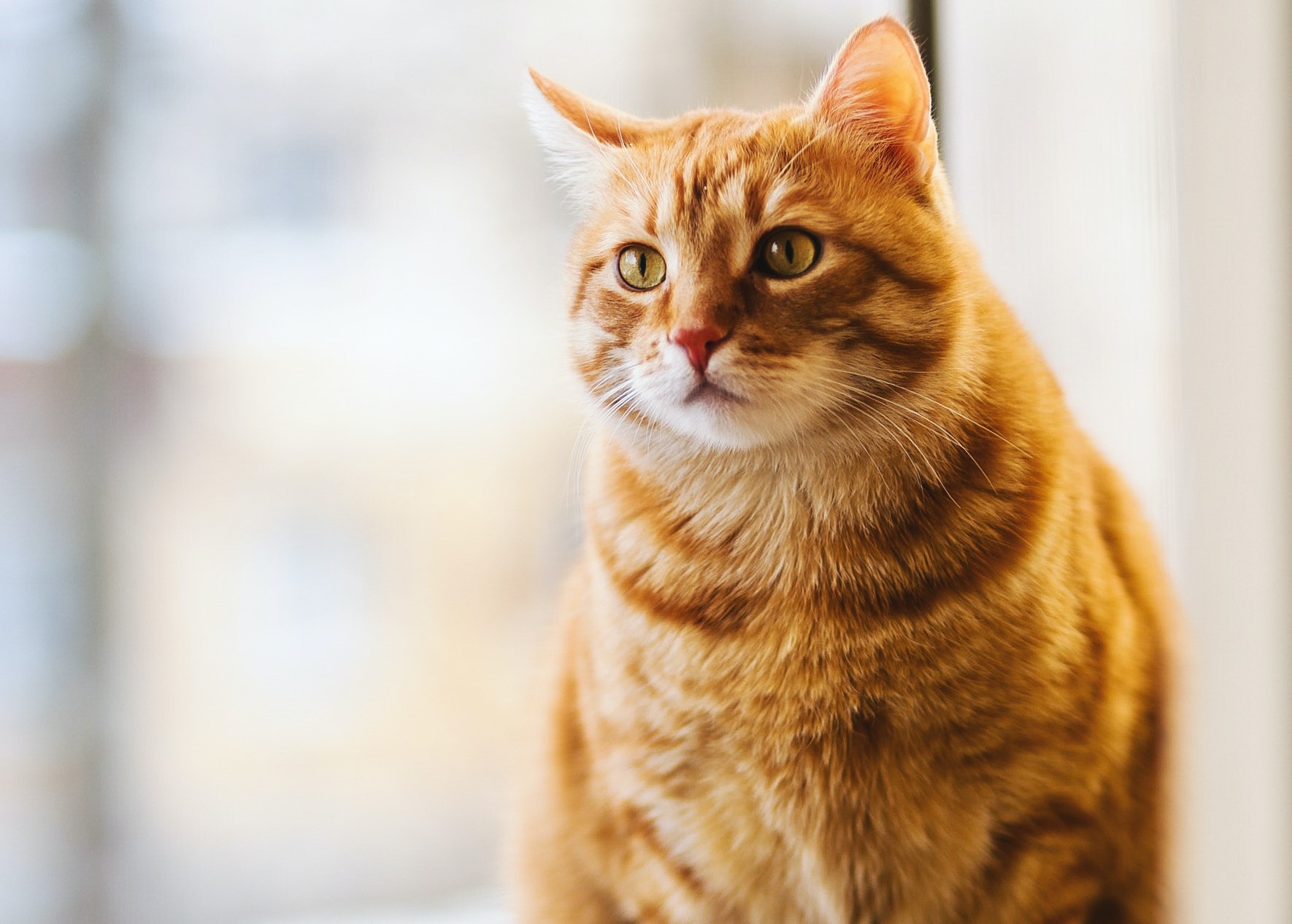 9 Ways to Tell if Your Cat is Pregnant

So you got a cat, kept talking about how you needed to get her neutered, forgot, never did, and now you’ve just seen her walking around with your neighborhood’s Tom- which brings you here, frantically searching for the signs of feline pregnancy. It happens to the best of us.

More often than not, feline pregnancy can be a complete surprise- especially since cats are, by nature, adventurous and tend to wander around often enough for us to not worry about it. However, if you have a female cat, you probably should worry about it- especially if she’s not neutered.

Similar to humans, female cats have periods of high fertility during which they tend to exude pheromones that attract the male cats in the area- increasing the chances of pregnancy.

A cat’s baby bump often won’t show until a few weeks into their pregnancy, but the thought of your little baby having babies of her own can be overwhelming. To ease your burden, we’ve listed down 9 ways to tell if your cat is pregnant.

A lot of people don’t track their cats’ periods of heat, but doing so can give you a sure idea of whether she’s pregnant or not, as mating during heat means a higher chance of pregnancy.

If you’re not sure of your cat’s estrous cycle, it could help to try and narrow down the time of the year, as cats tend to be in heat during the warmer months.

2. “Pinking up” of the nipples

This is the earliest possible sign of pregnancy and can happen 15-18 days after ovulation. Prior to pregnancy, cat’s nipples are virtually invisible- they are flat, quite light in colour and almost always hidden by their fur. However, a pregnant cat’s nipples will appear pinker, showing a visible contrast to how they were before.

In addition to that, you may notice that the fur around your cat’s nipples will also start to recede, as it prepares her body for nursing the kittens.

While this is one of the best ways to tell if your cat is pregnant, it may be harder to assess on a cat that has already been through pregnancy.

Similar to humans, cats too may face the discomfort of morning sickness during their pregnancy. This is due to the fact that their gradually enlarging abdomen is increasingly applying pressure on their digestive tract.

Thus, if you notice that your cat has thrown up, it is a possibility that she is pregnant. However, it is not a sure sign and could also be signs of other illnesses, especially if it’s excessive- in which case you should take her to the vet. 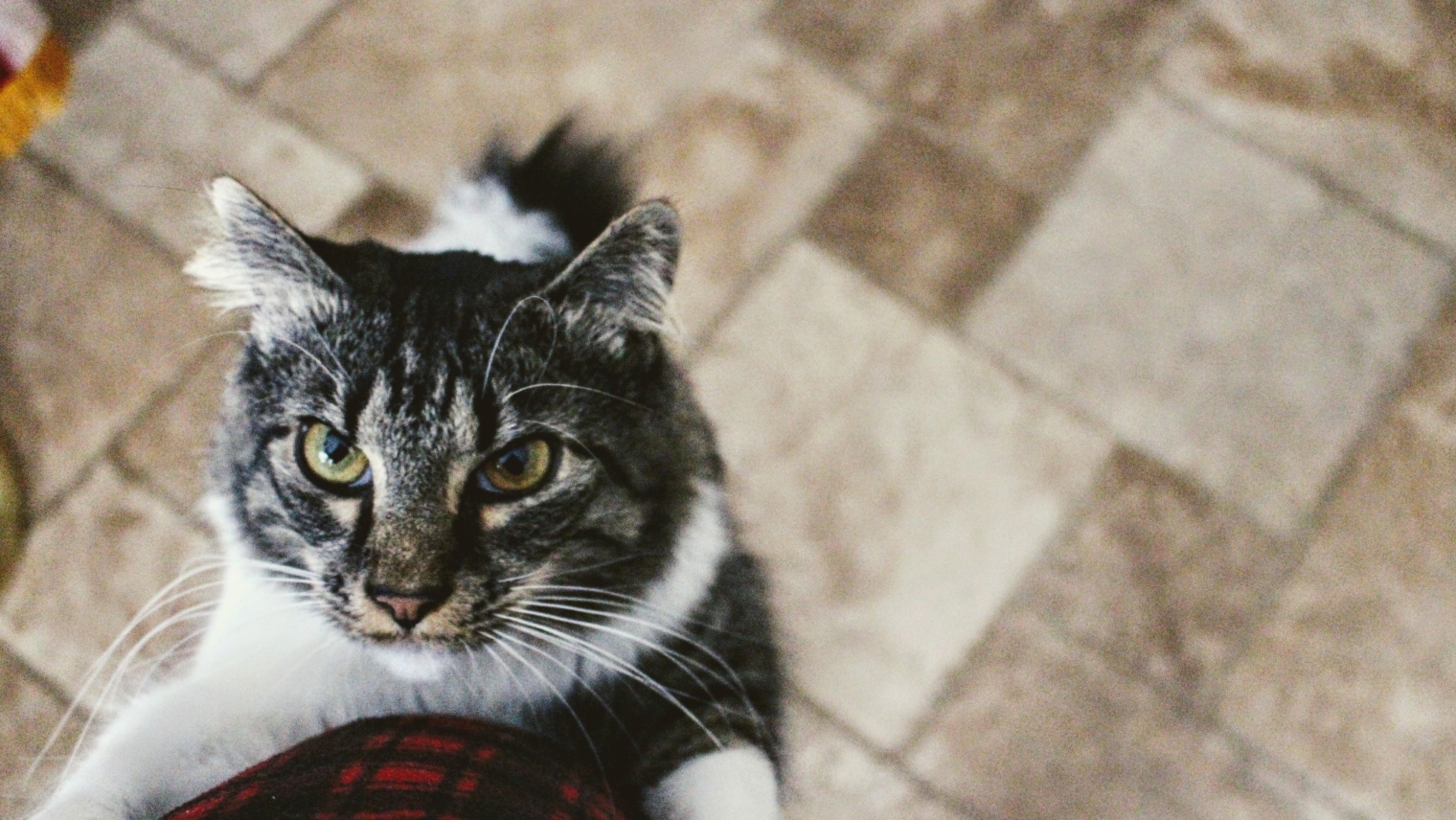 If your cat is not already incredibly affectionate, a sudden change in behaviour could be a telltale sign that she is pregnant.

She might allow you to pet her for longer amounts of time, climb onto your lap, follow you around the house and purr much more than usual. If it’s not her maternal instincts kicking in, then she probably just wants some extra lovin’.

On the contrary, other cats may suddenly seem uncomfortable with certain methods of affection they did not mind before- such as being carried. These felines may also appear to be more aggressive with the other cats in your home, and want to spend more time alone. 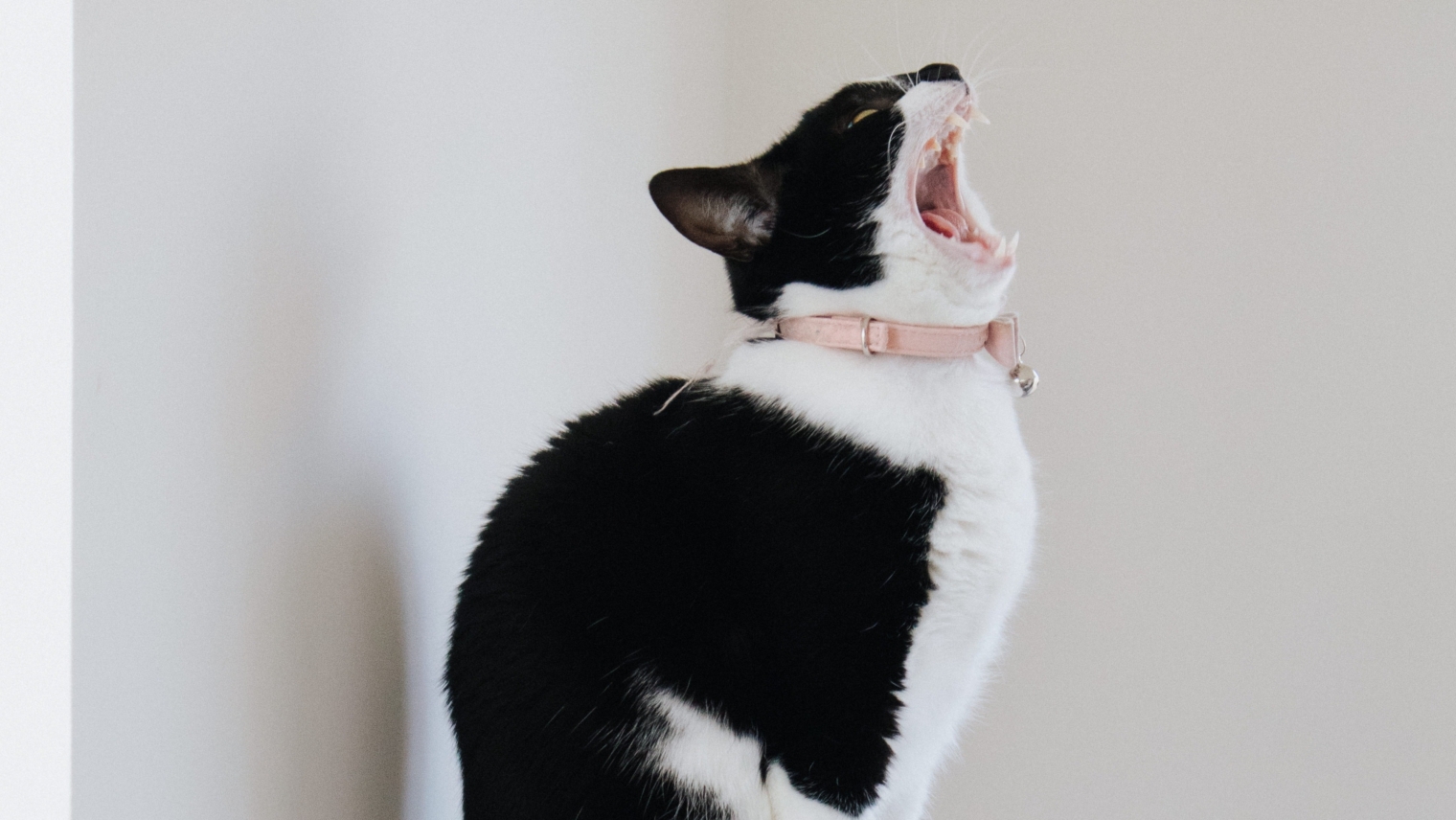 Have you been refilling your cat’s bowl more often than usual? Has your cat been waking you up at ungodly hours to be fed? Does her stomach seem to be a bottomless pit? If your answers are yes, yes and yes, then your cat is probably pregnant.

Growing babies inside your body is hard and tiring work, and you’ll often need the extra energy. Keep in mind that momma cats have to feed themselves as well as their developing kittens, so an extra-large appetite is more than expected.

Cats are already notoriously known for excessive sleeping, with their average being up to 15 hours a day, but pregnant felines may tend to extend their sleeping schedule.

Apart from that, you may also notice that your cat is sleeping in places she wouldn’t usually go to- like a dark cupboard or the top of a shelf. This is because she feels safer there and, as we said before, growing babies is tiring- she needs the rest.

While this could seem like the most obvious sign of pregnancy, that is not the case- as it could often be the result of general weight gain or even worms. However, a cat’s pregnancy bump will begin to show about 35-45 days in, and she will gain about 1-2 kilos.

Apart from that, you may notice that when she lies down, her stomach juts out on the side- sometimes you might even be able to see the kittens moving and stretching about inside. If that is the case, it could be a sign that your cat is a few days away from labour.

Just as birds build nests to prepare for babies, cats look for them. By nature, cats will begin hunting for the best spot to give birth in a few days prior to their birthing date.

Thus, if you notice that your cat has suddenly begun hiding in dark spaces, such as under cupboards or inside boxes, she’s probably looking for a safe space, and is a few days away from giving birth.

If she hurriedly rushes to one of these spots, it’s best to not move her, as that could mean she is going into labour.

This of course would go hand in hand with other signs, and would not be the sole determinant of pregnancy.

While changes in behaviour and physique exist, the best way to tell if your cat is pregnant is to take her to the vet and have them take a scan.

Kittens will appear on a scan as early as 15 days into the pregnancy. However, if it’s still too early for them to show, then a blood test may be carried out. This way, your suspicions will be confirmed or denied without the extra speculating.

If the scan is done at least 40 days in, then your vet might even be able to tell you the size of the litter your cat is expecting.

If you’ve just found out that your cat is pregnant- congratulations! If you’re going to be stuck with many kittens and no child support from the father’s end, good luck, and check out our article that can tell you everything you need to know about looking after kittens.

If she’s not pregnant, or if you’d like to avoid these shocks in the future, we recommend consulting your local vet about neutering your cat- a completely safe procedure that will ensure that she cannot conceive.

Overall, pregnancy does not always have to be scary- it’s in your cat’s nature to know what she’s doing and she’ll take care of most of it, so enjoy the next 61-72 days while they last and look forward to it- your life’s about to get a whole lot cuter! 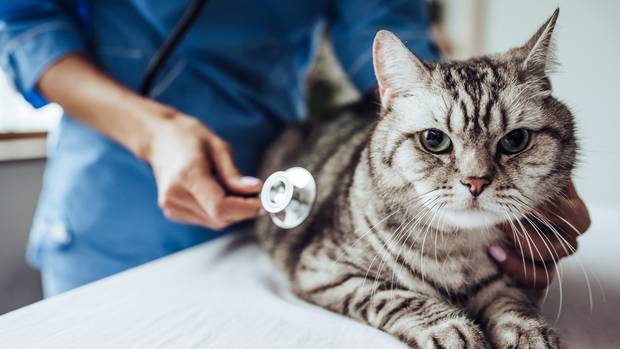 Preparing Your Cat For a Vet Visit 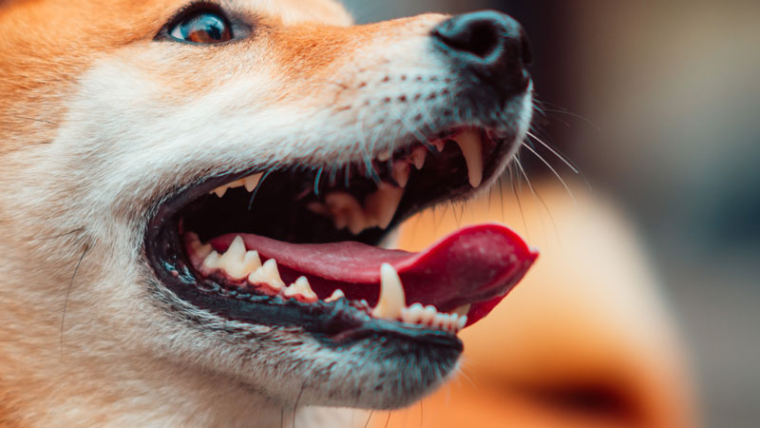