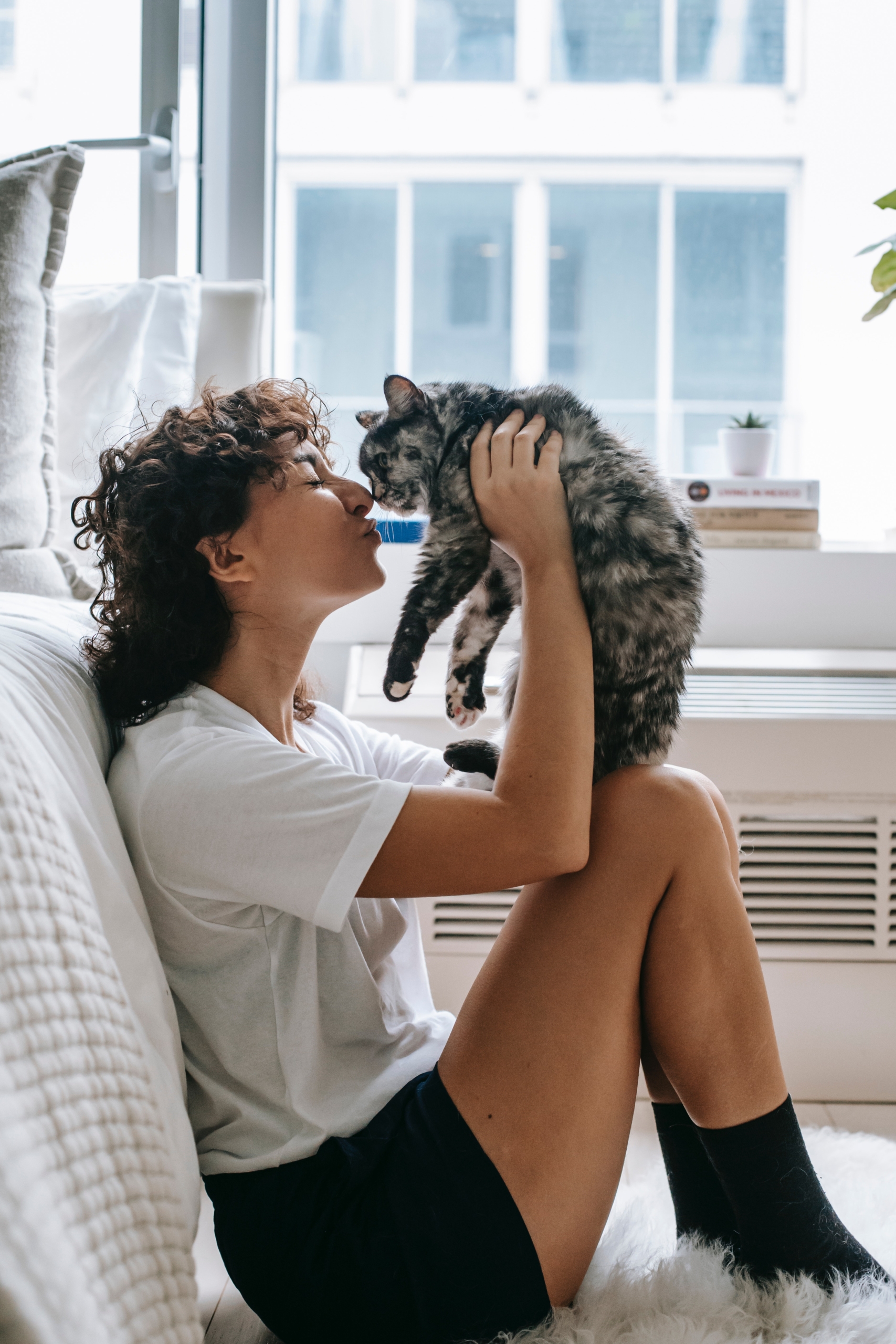 11 Signs Your Cat Loves You

Contrary to popular belief, cats are actually extremely loving animals, and any cat parent will proudly debate so in their defense. However, unlike other animals- cats are known to be slightly more difficult to read, which is why most people think they hate everyone.

Add modern culture making cats seem like angry, furry narcissists to the mix, and you’ve got a harmful reputation that makes people dislike them and deem them as unideal pets- although stampedes of cat ladies and gents would say otherwise.

In reality, they simply have a different way of expressing their affection to people. So if you’re wondering whether your cat actually loves you or not- this is the article. Here are 11 ways to tell if a cat loves you.

You may have seen the cats in your area giving each other a grooming session, and while it may seem like solely their practical need to feel clean- the connection runs much deeper. In reality, cats will only really groom those with whom they have established a social connection.

Thus, while you don’t know exactly where your cat’s mouth has been, these little licks can always be welcomed as a sign of them accepting you as their friend.

2. They flop at your feet 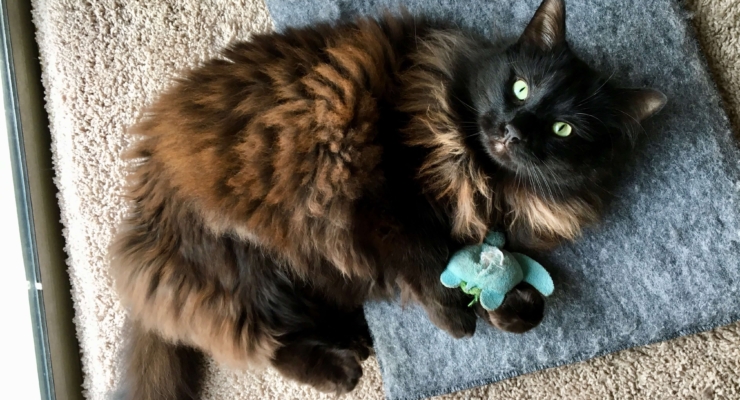 While this may not be the greatest form of affection to show while you’re carrying the groceries into your house, your cat flops onto your feet because it loves you. It may result in a couple of accidents here and there, but do understand that they do not mean to trip you up- they just want to say hello.

Although an unwelcomed gesture by a bull or fellow human, cats display their affection through head butting you. Seeing that they have scent glands on their chin, cheeks, forehead and lips, this act is taken as them trying to mark you as one of their own- which has to mean they take some pride in your relationship. 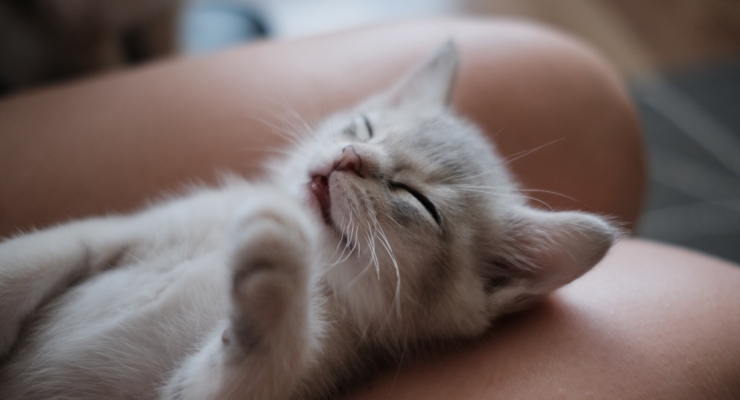 Being natural hunters, cats are opposed to willingly putting themselves in vulnerable positions. Seeing that sleeping would leave them unaware of potential attackers and in a defenseless position, a cat sleeping on you would be a sign of them trusting you.

So if you feel too bad to move when you’ve got one in your lap- you probably should. You have no choice but to sit there and let them sleep.

While this is not a personal favorite of many, cats- similar to dogs and other animals, do identify and bond with each other by sniffing their rears. Thus, if a cat presents its behind to you with a raised tell-tale-tail, it’s probably trying to tell you that it’s friendly and open to getting to know you better. It may seem unpleasant, but just think of it as the handshake of the feline world. 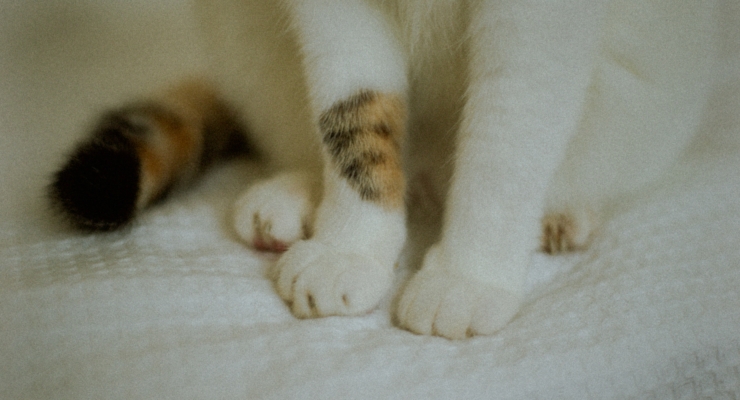 Kneading, otherwise known as making biscuits, is probably one of the most well-known forms of feline affection out there. If you haven’t had the pleasure of experiencing the little bakers at their work already, kneading is when cats press up and down on you with their paws- very similar to what you would do with some dough, hence the name.

The act derives from kittens stimulating their mother’s milk production with their paws, and often is a sign of a cat feeling comfortable and affectionate. Thus, if this happens to you, it’s quite likely that your cat sees you as a maternal or authoritative figure.

Apart from that, cats also have scent glands in their paws, so, similar to them head butting you, kneading could also be their way of marking you as their territory.

7. They expose their bellies

As aforementioned, cats are natural hunters and dislike putting themselves in any position in which they feel vulnerable. Seeing that exposing their bellies would also leave all their vital organs open to any predator, they are unlikely to do so unless they really feel safe. Apart from that, this may also be a sign of a cat establishing that you are the dominant one- meaning it sees you as the more dominant, authoritative figure.

Thus, if you know a cat that rolls on its back and shows you its stomach, it’s a sign of it trusting you. Take this opportunity to give it a few tummy rubs, but beware- one rub too and it may attack your hand. It is a sensitive spot, after all.

8. They bring you gifts 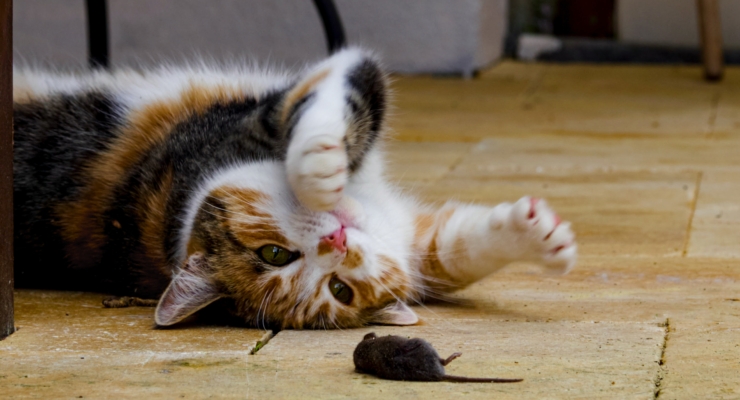 Everyone loves getting gifts, and while your cat’s may be non-conventional and consist of a mix of dead birds, bugs and leaves that it bravely attacked for you- they mean as much as those that your other family members get you, perhaps more.

Of course, you may prefer something less biodegradable to a dead rat, but to your cat, bringing you its hunted game is its way of showing you that it cares about you. Cats may often do this in an attempt to teach others how to hunt, or to even share their meal with their families. What’s more, felines will only do this in places where they feel at home. So next time you’re presented with such a gift, try to understand their perspective a little and replace that “yuck!” with a “thank you!”

Nothing compares to the satisfaction you feel when you’ve had the honor of hearing the low hum of a cats purr. While this can mean many things, purring is most often used at their way of communicating that they are calm, happy and content. So if your cat purrs when you pick it up, give it a good rub, or are even just near it- that’s probably a pretty good sign that they’re fond of you. If you want to learn more about the language of purring, we’ve got an article that teaches you all about it. 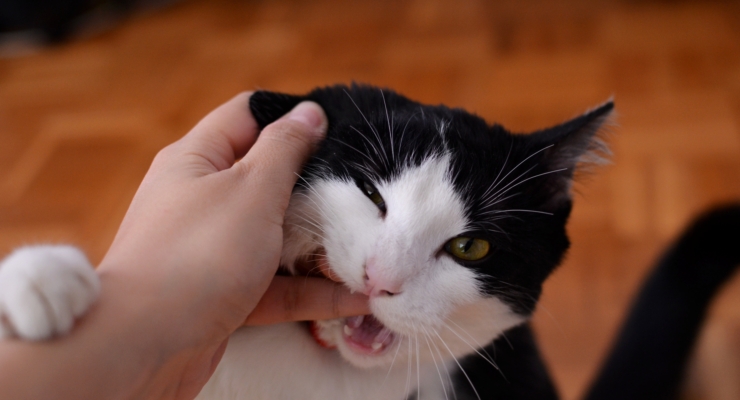 Another habit that’s not a favourite of many- nipping. These bites are quite different from usual angry, defensive ones, and tend to lean more towards the lighter side. Think of it as the sort of affection they would show other cats- like when you see them playfully fighting together.

If you seem to walk around your house with an extra 4 legs in addition to your own 2, or in other words, if your cat simply won’t leave you alone- it’s a sure sign that they like you. They find you interesting and enjoy spending time with you- which is why they’ll follow you on your journey from the kitchen to the bedroom, to the bathroom, to the kitchen, to bedroom and so on and so forth.

With that, we’ve come to the end of our list- so hopefully by now you know whether your cat likes you or not. If they seem not to, don’t worry- just give them some time, space and food and we’re sure they’ll come around. 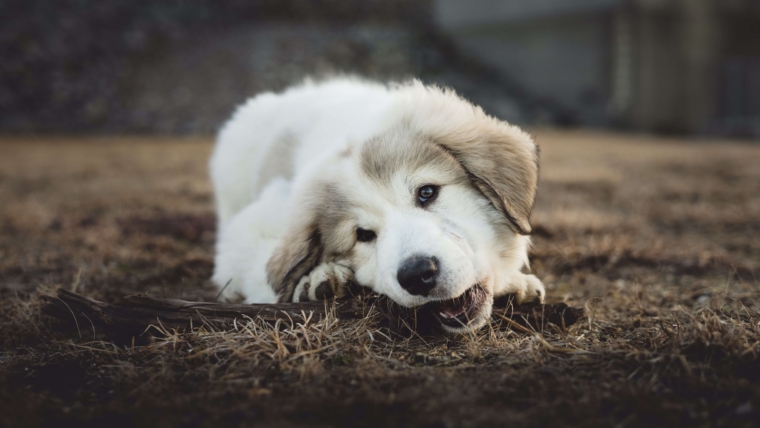 4 Reasons Why Your Dog Rips Everything 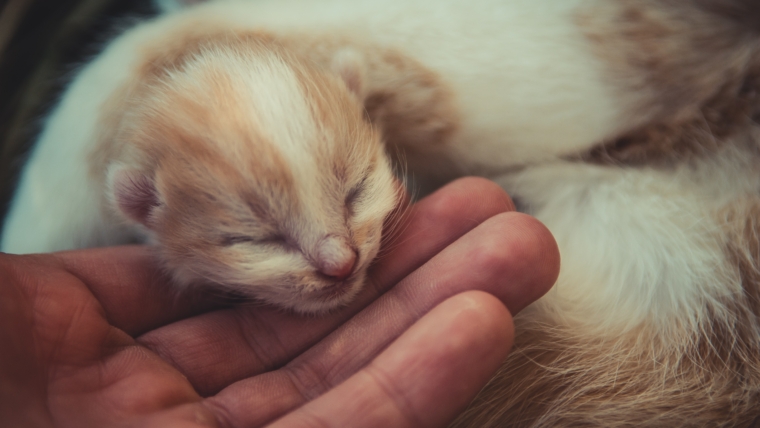 5 Ways to Look After The Weakest Kitten